Today, I found myself asking one of the questions that undermines my personal paradigm of ownership. I asked the question, “whose fault is this, or who is to blame?” While this is a question that helps to understand the root cause of a problem, it’s also the first step in the blame game. Thinking that the problem originated from someone else, or by thinking we can make someone else responsible for the mishaps in our lives, we become irresponsible. We can trace the root of every problem back to ourselves. This might seem like being to hard on ourselves, but check it, you can’t change the world, but you can surely change yourself, and if you find an equation where changing yourself changes the world, then you have found a way to change the world. It’s like the lever principle; if the fulcrum is in the center and the weigh at the end, then the same amount of force needs to be exerted to raise the weight. The farther away the force applied is from the fulcrum, the lesser the force required to lift the weight. No wonder a scientist once said, “give me a place to stand, and I will move the world.” Focusing on ourselves and the things we can change within ourselves we can change the world.

In case you are wondering the circumstance that warranted this question, it was the explosion arising from the vandalized pipeline at Abule-egba. As of today the death toll is said to be over 700! While we decry plane crashes, this is equivalent to 4 -5 local aircrafts crashing in one breath! I don’t foresee as much “ceremony” about this as would have ensued if it was a plane crash. This is also not the second time this year alone, in fact this has happened earlier this month as well. I spoke with someone today, who told me about someone he knew who lost 6(all) of his children (boys) in that explosion. Fuel scarcity had resulted in unending queues in filling stations, the creation of black markets and the proliferation of fuel scarcity opportunists. From the information I gathered, two fuel tankers loaded fuel from this vandalized site earlier and left, it was after these that neigbhourhood boys discovered cash on the streets behind their houses. They rushed there with their jerrycans, buckets, drums and whatever they had to capture the free flowing fuel. They dived in with the same philosophy that makes their politically privileged uncles plunge into the national cake, “maximize the moment!”, “this is your turn”, “opportunity missed, can never be regained” and so on. As good samaritans, they picked up their mobile phones to call their friends, “It’s happening here oh, remove yourself from the endless and reasonless queues, don’t waste your time, there is free fuel here”. Maybe it was the combination of mobile activity and petrol, maybe two metal buckets collided, maybe someone needed a candle to see clearly, maybe someone left his/her cigarette on, maybe… Whatever it was, the people who lived to tell the story were not close enough to see the story unfold. Lives were wasted, stories ended, futures aborted. Human beings roasted for hours before help approached. Dec 26, 2006, all the major accidents in the year  added together, in one blast! 4 days to the end of the year, and they are gone with the year. Who is to blame?

1.  Who allocated residential quarters to an area where pipelines were buried? Or who built unguided pipelines where human beings lived?
2.  Who is responsible for immediate response to fire accidents? Can everybody merely parade the location and share their condolensces? Where are the people who cried that the minister of aviation be removed, does this not warrant someone’s head?

3  What is the cause of the fuel scarcity? Is NNPC telling us all the truth as it is?

4. Who owns the tankers that lifted fuel from this vandalized pipeline at midnight? How were they able to lift fuel? Is it true that they need informats from NNPC to know when to time their operation?

5. Who is responsible for ensuring that people are educated enough and don’t suffer from so acute poverty mentality, that they are willing to jump at anything free?  Where they looking for free fuel for themselves or business opportunities?

6. Who is responsible for instilling the right values of integrity, candor, truth, honesty, discipline, character e.t.c. into the ideologies of our youth? Where there some people who declined the invitation to go and take fuel from a vandalized pipeline because they thought it was immoral? Or was it everyone around that saw it as a means for getting back at the big bad government?

7. Who is responsible for ensuring proper education for our people, so that they know that petrol is inflamable, and has fumes that can cause explosions at the slightest spark? Who?

8. Who was responsible for endangering the individual lives of the victims of this fuel crash? Who carried them there, or who put a gun to their head and insist that the must move towards the fuel? 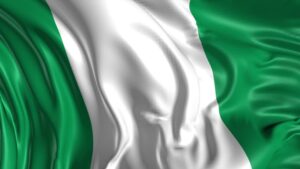 A desire to scale is a call for further cash injection. If you don’t have the cash, it’s time to...