People can relate with you for 5 years and not be certain about your faith and conviction about God, not Joseph. You can keep business separate and call it secular, and have another segment of your life called spiritual, not Joseph! Joseph’s life was 100% spiritual and 100% secular. He was real with his world about His God! His Godliness principle was not a card to be used in duping people, neither was it something he threw out on Sundays, it was his life. God was truly his beginning, end and centre.

Let your Devotion to God be evident, and ensure that you please Him. Godliness manifests in the fear of God, absolute trust in God, Love of God, Seeing from God’s perspectives and God centeredness.

1. Joseph regularly spoke about God and witnessed God! The Bible records that Potiphar took note that God was with Joseph. The question I want to ask you is “how did Potiphar know?”. It’s pretty easy, in mathematics we are told to work from the known to the unknown. The first thing we need to first do is move all the known to one side, and the unknown to the other side. What we know for sure in this case was how the prisoners knew that God was with Joseph. They knew because he told them. When he introduced the fact that he wanted to help them with their dreams interpretation, he acknowledged God. He had no need to, but he did. His relationship with God could not be boxed! When he came before Pharaoh, his first statement alluded to his deep reference and respect for God. He diverted the glory to it’s patent owner – God! His second statement still betrayed the same thing, the dream that Pharaoh had was “God trying to tell Pharaoh what He was about to do”. If in the 2 instances we know Joseph told about God, we can easily conjecture that Joseph told Potiphar about God! God was so central to Joseph that he let God show!

2. The Fear of God kept Joseph from Potiphar’s wife. The fear of man is not enough neither is the love of woman sufficient to contain the consistent pressures from Potiphar’s wife. Joseph still had the audacity and effrontery to carefully explain to Potiphar’s wife the reason why he could not lie with her. My master has been so good to me, but most importantly how can I do this wickedness and sin against God! Joseph could not conceal his fear of God.

3. Joseph acknowledged God before all His main transactions. Standing before Pharaoh, one of the greatest kings in the world at the time, the thought of celebrating God or acknowledging him will skip many of our minds. “Let’s keep it professional”, many of us are likely to say. God is important, but in this particular case, we may rationalize His understanding. Not Joseph. He didn’t care that his God was unknown to Egypt, introducing God to his business partners, or clients was regular practice for Joseph. Joseph was God centered.

5. Joseph maximized every opportunity to be a witness. Joseph wanted everyone he met to know about the God of the Hebrews, the God whom his great grand father had met, and had become a friend of. There was no where Joseph stepped into that he missed the opportunity of being a witness for God. He wasn’t shy about God. He also forgave his brothers, and decided to see things from God’s point of view.

Listen to what @willsmith says is the secret to success. Do you agree with him? Share your thought... 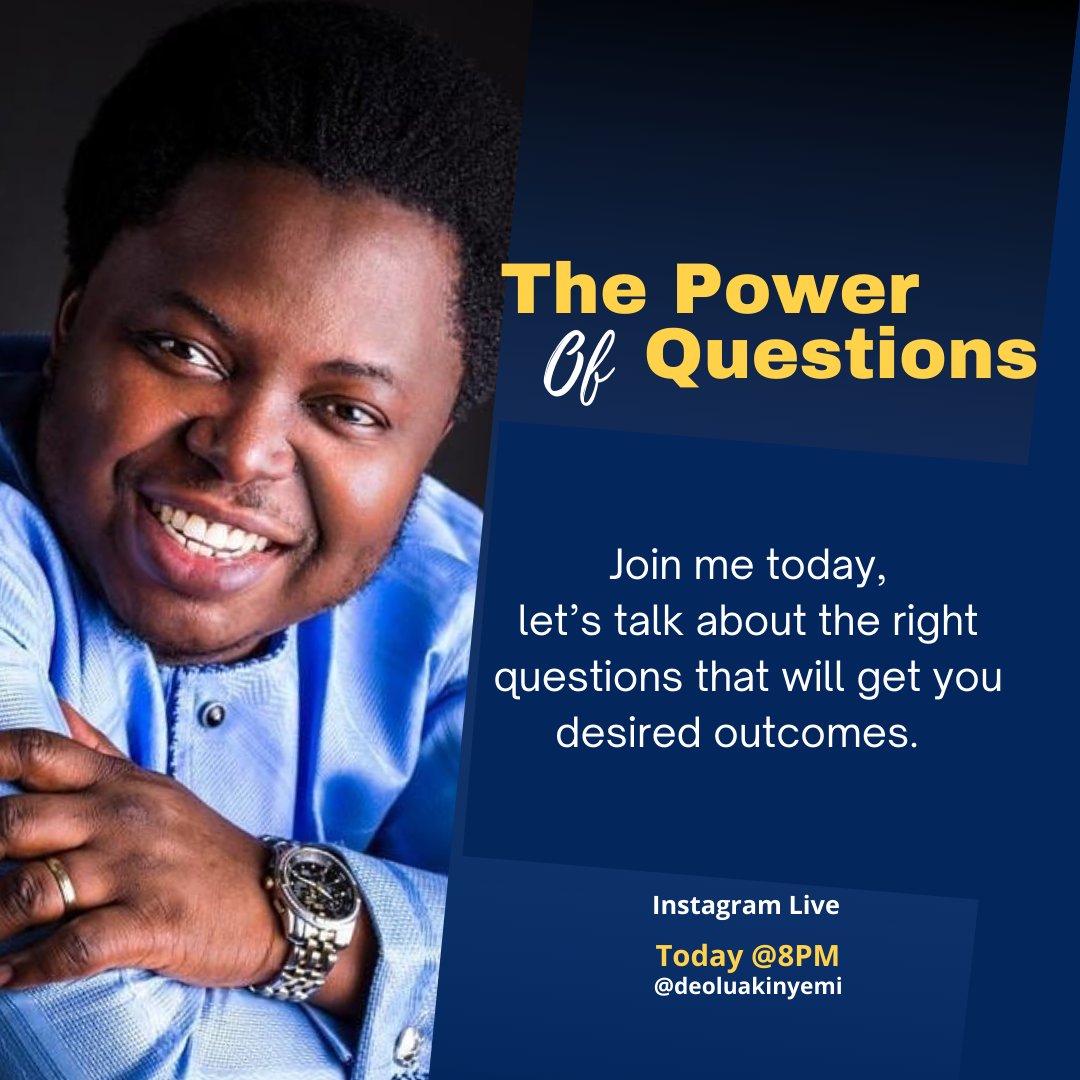