The process of living is the process of dying – literally. I usually tell people on their birthday’s that one year more is one year less. As we advance in years our life reserves get reduced and we embark on the process of dying. Just like the pages of a book, as the left piles up, the right dimishes until we hit the back cover and turn the book over. Living is dying.

It is however more interesting that in order then to live life fully, one must embrace the possibility of death. Full life is impeded by the fear of dying. The pages drag slowly, the moments lack zest, when we refuse to plunge or dive because we are afraid! We have only one shot at life, yes, but it’s going to end with death anyway, so why not live it fully with no regrets? Why not enjoy the journey since the destination is sure? Why not live it the way it was designed to be lived – with passion, excitement and fulfillment?

“People living deeply have no fear of death” – Anais Nin

I shudder at the statistics of people who really live deeply? Only a few percentage of people ever live beyond ordinary lives. Many of us unconciously live with the template of Solomon Grundi, our lives follow a predictable sequence. We wake up early every morning and engage in a race to work and back. Our key motivation is not more life, but the fear of not losing the one that we have. We race to work not because of passion, love or excitement, but because to put food on the table we think we must! We hope that maybe one day we will live our dreams, one day we will suddenly have a rush of courage and give up who we are for what we are capable of becoming. One day comes one day late, and then you are late and it’s late. Yank off your life from the slow road guarded by fear, move into the lane where life is rich and adventurous. It’s not a road void of challenges, nay, but it’s exciting and full of stories. It’s also empowering and capable of actually making you a guiding light for thousands or millions of prisoners of fear.

Here are 5 things you can do to live life more fully.

When was the last time you broke your routine and did things in the spirit of love? I’ve sometimes wondered why the two greatest commands in the bible have to do with love – loving God and loving one’s neighbours.  Love is the significant essense of our lives. We are made to love, we act with our deepest passion and are at our boldest when there is love.

Love! Not selectively, love deeply, care, show affection, build lasting and worthwhile relationships. Let your love for others be bound by your love for God. We were created for God’s pleasure and he’s pleased when we replicate His love.

“Some of the world’s greatest feats were accomplished by people not smart enough to know they were impossible.”- Doug Larson.

I watched a funny film in the air enroute Doha from Lagos – Yes Man. I heard watched a few of the reviews and decided to allow my curiousity to lead me, and even though I’m not a great fan of Jim Carrey, I think that that movie has some spark of inspiration in it.

The lead actor literally opened himself to opportunities by making a covenant to say “Yes” to everything. The film took a hilarious extreme, but trust me, if you say more yes than no, you’ll leave a life of bigger possibilities. You’ll achieve more, have more fun and live more fully.

Of course say no to sin, to immorality to ungodliness, the things to say no to are quite defined and easy to identify. We can however say yes to people that need help, say yes to opportunities, say yes to adventure, say yes to more life, say yes to your dreams. If it doesn’t go against God’s principles, the answer is yes! Interestingly I discovered that I have been saying lots of yes in my life. I have said more yes than no, and it makes life interesting and unpredictable!

“Security is mostly a superstition. It does not exist in nature, nor do the children of men as a whole experience it. Avoiding danger is no safer in the long run than outright exposure. Life is a daring adventure or nothing at all.”- Helen Keller.

It’s so amazing how we submit ourselves to such a sheltered experience. We want to be safe, so we put our lives in a safe deposit box, lock ourselves out of opportunities and live unaware that what keeps us safe keeps us bound? Life is a daring adventure or nothing at all. As children we do the impossible – we try to walk without any experience, we try to talk and don’t care that we sound funny, our cups are completely empty and daring day by day we fill it up. As we grow we leave the age of curiosity and daring – “why”, to the age of challenging and asserting ourselves with “why not”, into a fearful age of excuses and fear -” because”.

It is only those who dare to fail greatly that can achieve greatly, you are not likely to go further than you dare!  You are not likely do discover new islands until you are willing to lose site of old shores. There is a roman proverb that says that it’s better to live one day as a lion than a thousand days as lambs. Life is not in duration, it’s in donation. It’s not the quantity of life that counts it’s the quality of life. Enoch’s short life of adventure is worth the record lifespan of many Methuselahs. Living life without courage is like cooking stew without salt, I’ll rather a small serving of tastey stew than a whole pot of saltless soup.

Is your life an adventure, or are you bored? Dare!

“When a resolute young fellow steps up to the great bully, the world, and takes him boldly by the beard, he is often surprised to find it comes off in his hand, and that it was only tied on to scare away the timid adventurers” – Ralph Waldo Emerson

There different species of fear, the fear of failure, the fear of death, the fear of criticism e.t.c. Fear is one of the strongest forces on earth. Folklore even says that fear beats death in it’s own corridor, fear is likely to kill more people than death should they happen upon the same scene. Fear is to Faith, what Friction is to Force, our progress is hindered mostly by our doubts and fears. Progress hence, is the art of mastering fear, confronting fear and acting in spite of fear.

Fear not! – this phrase appears in the Bible 366 times, that’s one for everyday and an extra one for the leap year. In no day must we live in fear! Fear is False Evidence Appearing Real, it’s a scarecrow on the farmland of life designed to chase away the timid souls from the fresh corn a few inches below.

Like Mark Twain said, courage is not the lack of fear, it’s acting inspite of fear. It’s ok for you to become afraid from time to time, but never let your actions be determined by the feelings of fear, rise above them, confront them, and live the lives of your dreams.

“The greatest barrier to success is the fear of failure.”- Sven Goran Eriksson

“Our society is so caught up in winning, we forget that most of the great men and women in history have, at one time or another, failed at something. Often repeatedly, and discouragingly. But each failure is nothing more than a brick in the wall that forms the foundation of our success. We can’t forget that.”- Carlton Young

It was an IBMs CEO that was reported to have said that in order to double his success rate, he had learnt to double his failure rate. A book about the greatest Network Marketing Achievers I read had someone saying “focus on the acitivities, not the results”. These are similar schools of thought that say the same thing. If you get the activity right, the result will ultimately measure up. If you are prepared to fail often enough you will succeed often enough.

If you want to succeed you must try, if you try you will fail. Failing is not the same thing as becoming a failure. Failing becomes failure if failing is a destination rather than a bus stop. Michael Jordan boasts “I’ve missed more than 9000 shots in my career. I’ve lost almost 300 games. 26 times, I’ve been trusted to take the game winning shot and missed. I’ve failed over and over and over again in my life. And that is why I succeed”. If you really want to succeed you must be ready to fail a lot more!

Are you failing enough? Or is your life filled with successes because you are not attempting much? Don’t live a boring life, venture, lose some money, get some history – but don’t sin. I’m sounding like Ecclesiastes :). Don’t follow the paths that exist, create a new path and leave a trail. I proudly tell people today that I have sold bread, sold eggs, sold akara, done transport business, barbed hair, drycleaned clothes, e.t.c. It doesn’t matter now if I failed or succeeded, it matters that I am not numbered with the timid souls who know neither success nor failure because they were to afraid to fail.

Living is Dying, wether we know it or not. Let’s live life fully. Let’s take everyday as it comes, and maximize the 6 inches in front of our face.  Let’s live as we would have wanted to have lived when we are about to die. Let’s live with the end picture in mind. Like Julius Caeser is quoted as saying, don’t live like a coward and die many times before your death, live with courage and die just once!

Malaysia is an interesting Island, I’ll be sharing my thoughts shortly, and how Nigeria needs to live life fully. I bring you greetings from Malaysia… truly Asia 🙂

35 thoughts on “Living is Dying” 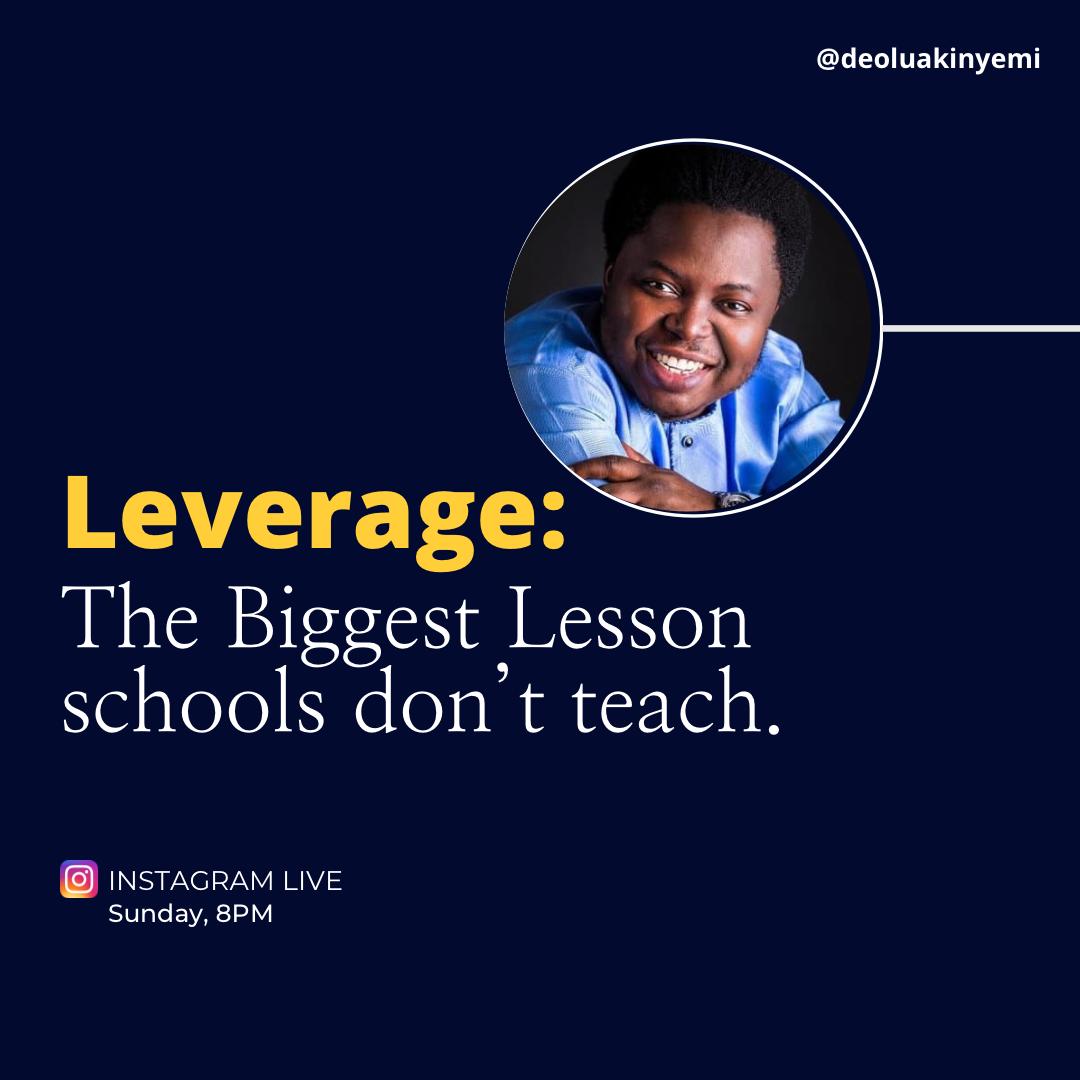